The production and quality is governed by the consortium of producers who act as regulatory agency, trade association and marketing arm. The exact methods differ from producer to producer, but the general approach is the same. It begins by harvesting a variety of locally grown grapes, most prominently the white variety, Trebbiano from the low hills around Castelvetro, crushing them and then coarsely filtering the mash, called "mosto"or must. The must is then "cotto" or cooked in an open vat at 175-200 degrees fahrenheit for a day or two, reducing it to about half the volume. The concentrated cotto mosto is then inoculated with a "mother of vinegar", a batch of vinegar alive with a culture of aceto-bacteria. They convert it to acetic acid, better know as wine vinegar.

March 02, 1862, a letter from   Francesco Aggazzotti to his friend  Pio Frabiani describes the procedure in great  detail for producing Tradizionale Balsmico di Modena, describing every step , starting from harvesting of the grapes and the variety. This letter became the manual for care and management of the Acetaia.

Franceso Aggazzotti is the great grandfather of Rossi Barattini.

Tradizionale is a far cry from what most of us have come to think is balsamic vinegar. It is dense and viscous, velvety, almost like syrup when poured. It is shiny mahogany in the middle and sparkling amber along the edges. The perfume is penetrating but, even though the acidity is 6% by weight, it does not attack the sinuses and make you pull back like normal vinegars, its layered with floral and dried fruit essences. In the mouth its velvety, like a fine liqueur, harmoniously sweet and tart at the same time.

Tradizionale is made by a complex method going back to 1862.

How Balsamic is Made 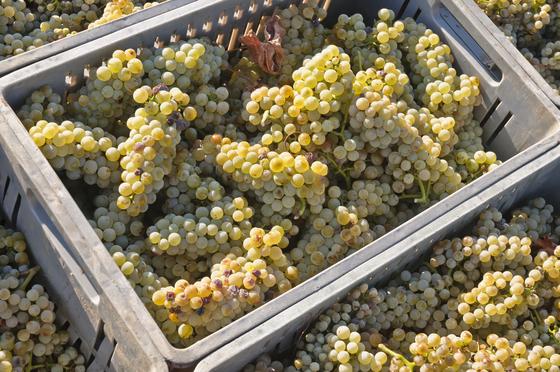 The vinegar begins aging in large wooden barrels stored in the attic, yes the attic, not a cellar, the acetaia where the living liquid is subjected to the heat of the summer and the freezing cold of the winter.
The attic contains several lines of 5-10 barrels, called Batteria, each decreasing in size, with the first one about 100 gallons, and the smallest about 10 gallons. Each barrel contains progressively older vinegar. Every winter about 25% of the vinegar in the smallest barrel is removed and bottled, and the younger vinegar from the barrel next in line replaces it. This "Topping up" siphoning cascade continues on up the line, with young vinegar replacing the older vinegar that has moved on down the line. The process is similar to the solera process used to make fine sherry in Spain.

The bung holes of the barrels are not plugged, instead they are covered with gauze to keep dust and flies out, so over the course of a year about 10% evaporates. This is called the "Angels Share", this evaporation significantly reduces the amount of vinegar and concentrates the flavors of the remaining fluid. There are also significant losses to sediment that settles out with age.

In addition, each barrel is usually made from a different type wood, among them Oak, Chestnut, Cherry, Mulberry and Juniper. The acidity extracts unique flavors from each tree, conferring complexity to the end product. The initial barrels are usually more porous wood, perhaps chestnut, to promote evaporation and concentration of the vinegar and the smaller barrels,  with the older vinegars, are made of harder wood such as oak. The finished vinegar is tasted be "Assagiatori", expert tasters, from the "Consorzio", consortium, to which the acetaia belongs, and if it passes, its bottled by the consortium. In Modena, in total there are about 100 producers and they make a total of about 80,000 bottles per year.