Types of Balsamic
The Consortium D.O.P
How Balsamic is Made 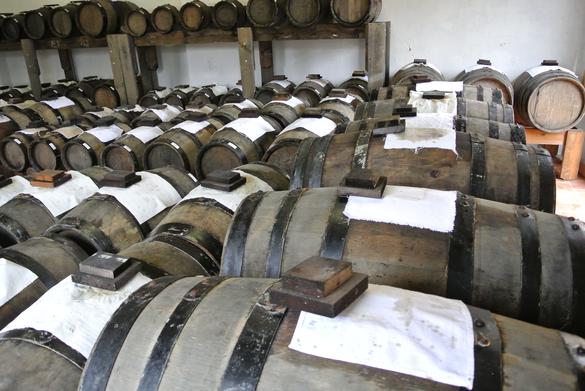 The History of Balsamic Vinegar

Balsamic Vinegar, or what is believed to be Balsamic Vinegar as the records are sparse, was first made around the eleventh century. What is considered to be the first historical reference is in 1046. It is recorded that a well known vinegar, "Laudtum Acetum", produced in Canossa, a town in the province of Reggio Emilia, was given in a silver bottle as a present by the Marquis Bonifacio to the soon-to-be Holy Roman Emperor Enrico III of Franconia, when he passed through the area in route to Rome.

It is assumed that the "Laudatum Acetum" was the same product we recognize as balsamic. It was also indicated in records that begin in the 1500's via the writings of the poet Ludovico Ariosto (author of Orlando Furiosi and native of Reggio Emilia) at the Estensi court. "Black Vinegar" was mentioned as a mixture of sour vinegar and saba, with a typical bitter-sweet flavor.

In the 16th century, when the Estensi court moved to Modena, the first evidences of balsamic vinegar appear. Documents reveal it to have qualities that distinguish it from common vinegar and describe how to produce it, specifying that "grape must" from Trebbiano grapes must be left to mellow in an attic for several years. By the 1700's it was recognized to be rare and valuable enough to be used as special occasion vinegar and served to royalty.

In the early days, balsamic vinegar was available only to nobility and the artisans who made it themselves . It was believed to be a cure for everything from a sore throat to labor pains (the name balsamic, from balm is derived from its purported medicinal properties, including its use as a protective agent against the plague). Made from local grapes and aged in local woods, for centuries it was made privately on individual estates and farmsteads and only in the last few decades has become a commercial product, made available for sale to the public. Prior to then, balsamic was produced for family use only. Barrels passed from one generation to the next, often aging for 50 to 200 plus years. This legacy created an unimaginable rich, molasses thick syrup served in droplets on Parmesan cheese and strawberries.